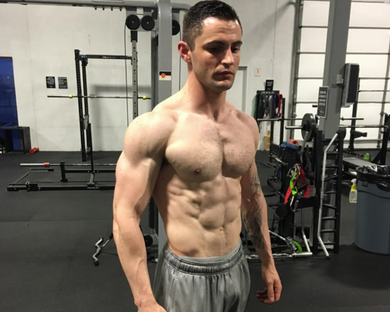 Rome may not have been built in a day but don’t tell that to Greg Lishman. He literally transformed his body in four weeks with a lot of hard work in the gym… and a little help from Macrostax.

On active duty in the Air Force and stationed in Tulsa, the 27-year-old single dad had been lifting weights for years. This spring, he started to seriously consider pursuing competitive bodybuilding. Greg knew he had the strength, the passion and the commitment to make his dream a reality, but the puzzle piece that had always been missing was nutrition. 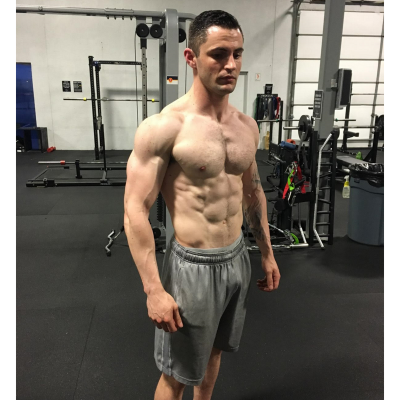 He initially tried Macostax as an experiment to see if it could get him to the bodybuilding stage, but it didn’t take long to prove the hypothesis—it works. “After four short weeks there were drastic changes and I was hooked,” says Greg. Just how drastic? Within a month, he dropped nine pounds of body fat and gained six pounds of muscle. When his weight went from 182 to 179, his body fat percentage decreased from 13.3% to 8.5%. Greg also saw performance gains that went hand-in-hand with the changes in his body composition. Within four weeks of starting Macrostax, his deadlift went from 515 pounds to 530 pounds. Not only that, but he was able to squat 465 lbs three times, whereas his prior one-rep max was 430 lbs.

In addition to the objective improvements in his physique and his strength, Greg was thrilled to find himself with more energy for all his workouts, not just in the weight room but on the road as well. Running is his go-to activity for active recovery and cardio, and he feels his endurance is noticeably better since starting Macrostax. He credits the pre-workout meals Macrostax gives him with putting his muscular endurance “through the roof.” Meanwhile, eating a post-workout Macrostax meal, as opposed to downing a protein powder supplement, allows him to recover from his workouts much faster. Additionally, with consistent energy throughout the day, Greg no longer finds himself with blood pressure fluctuations or the “crashes” he used to experience. 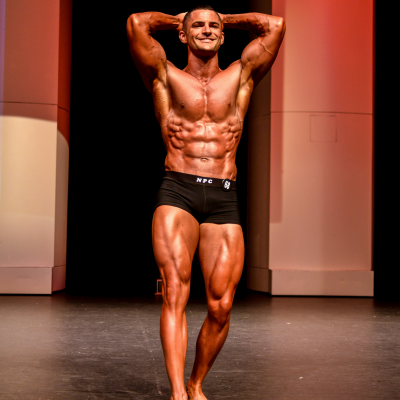 While Greg had experimented with other diets in the past, nothing ever stuck before he started Macrostaxing. Though his knowledge of and dedication to weight training grew over the years, his understanding of sports nutrition remained limited. Though he gained a basic understanding of what worked for him through trial and error, he was never able to create a consistent system that gave the results he was seeking—until he tried Macrostax.

Initially, Greg found it challenging to plan his meals and create grocery lists according to the plan. There’s a reason people talk about “military precision”; as someone who pays close attention to the details, Greg remembers spending a lot of time double and triple checking his portions at first. But over time, he grew accustomed to it and now the planning that goes into his shopping and meal prep is just another part of his routine. He is happy to report that after a few months of Macrostaxing, he’s cut the time he spends on meal planning and meal prep in half. He also has four tried-and-true breakfast options that he cycles through to keep things interesting. Not only does he enjoy his breakfasts, he also appreciates the fact that he still gets to enjoy brownies with Macrostax.

While Macrostax took a bit of getting used to, Greg can’t imagine going back to his previous hit or miss approach to nutrition. The spike he’s seen in his energy level isn’t just beneficial for his workouts—it powers him all day long, no matter what life throws at him. Though his day job as an Air Force Recruiter keeps him busy from nine to five, it’s not unusual for Greg to work weekends and evenings at recruiting events. When he’s not working, you can find him grinding it out in the gym (his typical session is ninety minutes to two hours), helping his coach train clients, taking online classes to obtain a bachelor’s degree in health and wellness, and spending time with his four-year-old son whenever he has him for a visit.

As for Greg’s nutrition “experiment,” he ended up taking second in the Novice Men’s Classic Physique category at Oklahoma’s 2018 NPC Championships just two months after starting Macrostax. Greg has no doubt, Macrostax was the variable that made his successful bodybuilding debut possible. 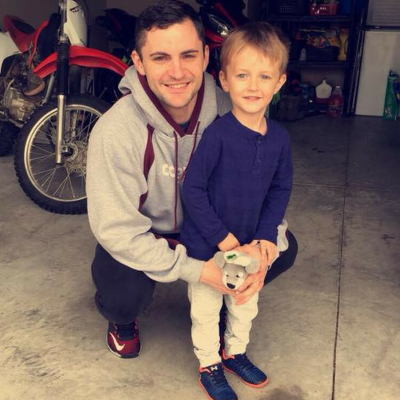