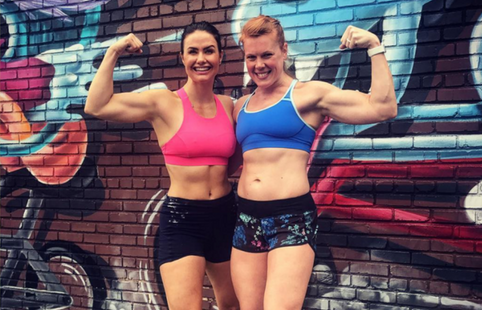 We hear it all the time: “Just eat clean, healthy food and you’ll lose weight and feel great!”

But that’s not always so.

At least, that wasn’t the case for Jenn, a diehard fitness enthusiast and health-conscious eater.

After tackling 5ks and 10ks in her sleep, going paleo, then systematically removing any possible food sensitivities from her diet, Jenn still wasn’t seeing the results she wanted in her physique.

Then a friend tipped her off to Macrostax. “Macrostax solves the puzzle for me. It’s easy to stick to when you know you’ve found the solution that works,” says Jenn. 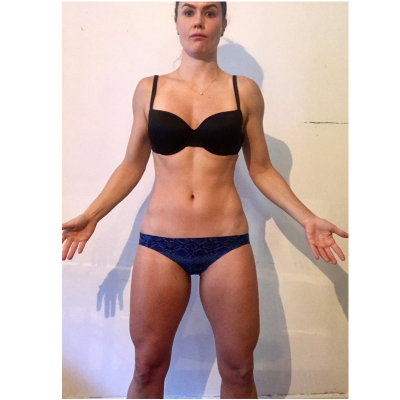 Healthy, But Not Lean

“I had been training really hard and I wasn’t getting lean. I was getting stronger and building muscle, but I wasn’t trimming the fat, so I was actually getting bigger!” Jenn told us during an interview in January 2018.

“In March 2017, I did a hydrostatic body fat test and I was 25.6% body fat. I was really disappointed given how hard and consistently I was training. I ate predominantly paleo and Whole30 and I didn’t drink alcohol. So I just hit this emotional wall and I was really frustrated.”

Unfortunately, Jenn’s story is one we hear often:

Athletes who work out 5 to 7 times per week still don’t see the results they want because they’re not paying attention to their macros or their macros aren’t in proper balance.

Like Jenn, many athletes try a slew of trendy options before finding what works.

“My head trainer at my gym, Amber, said either I was eating inflammatory foods that I had a sensitivity to or I wasn’t eating enough. I had already cut out dairy and gluten, so she recommended I do a Pinner food sensitivity test. The results came back and said I had zero food sensitivities. I was even more frustrated, then.”

Though she was grateful to be in the clear of the food sensitivity rabbit hole, Jenn still didn’t have an answer for getting lean and fueling her intense workout regimen, which included strength training 5 to 6 days per week plus power vinyasa 3 days per week. 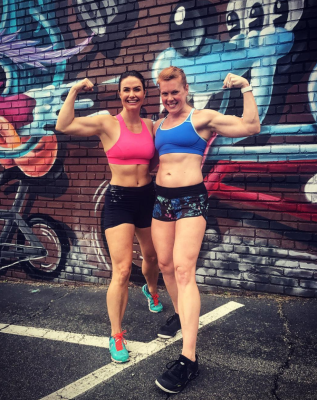 “Since food sensitivity wasn’t my problem, I thought maybe I wasn’t eating enough. Nobody told me how much I should be eating – I just knew I needed to be in a caloric deficit to lose body fat,” says Jenn.

Overwhelmed in a sea of online programs and information, Jenn was left with more questions than answers.

“I tried Whole30 programs and other programs that eliminate specific types of foods from your diet. I did those things because I thought I was doing what my body needed, but they were so restrictive. Actually, I started gaining weight when I started eating clean – like whole meats, quinoa, avocados, raw vegetables. But what happened was my proportions were off. I was eating a lot of fat, moderate protein, and moderate carbs,” says Jenn.

Jenn was faced with an intellectual dilemma. It was obvious that the foods she was eating were healthy. She wasn’t over eating, indulging in sweets or alcohol, and was an avid athlete. So why wasn’t the fat melting away?

“Then I saw that a friend of mine who used to have a very similar body structure to my own was having great results on Macrostax. I signed up in April 2017 and started playing around with it, learning how to move through the cuts.”

After less than a week of using Macrostax, one of Jenn’s biggest challenges vanished.

“I used to nap everyday. I needed to lay down for 45 minutes before I went to the gym. The week I started Macrostax, that ended. I was able to workout harder and get better results. Not only did I have the fuel to keep me going harder, faster, and stronger, but I was losing body fat, finally. It was a perfect storm of good results,” Jenn says.

Her results were exactly what she had been trying to achieve all along.

“I lost 20 lbs of pure fat, stopped napping during the week, and was hitting new PRs. I did another hydrostatic body fat test in September 2017 and I was 16.9% body fat and I had gained a half pound of lean muscle. And that was all after I switched to Macrostax.” 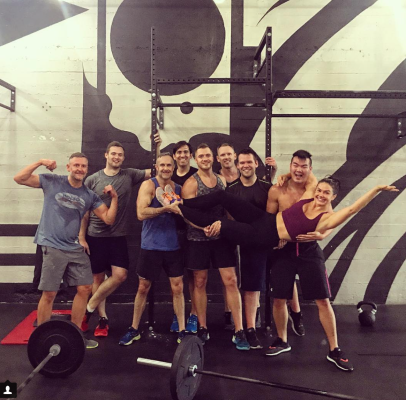 Unlike so many of the other programs Jenn tried, she says, “Macrostax makes it easier to eat anything you want, and it’s so sustainable because it’s not restrictive.”

“The app helps you learn a lot. When I started, I thought of it like Tetris, in a way. I decided to start planning ahead what I would eat the next day. I would play around with my foods the day before to see what would get me to my numbers. After a while, you get wiser about what measurements are in terms of volume, which carbs are more dense so you’re not force feeding yourself if you’re not hungry, and what post-workout meals and on-the-go foods work best for you and your macros.”

Not only did Macrostax help Jenn get her to her fitness and body composition goals, but it also taught her valuable healthy habits.

Macrostax was the missing piece of the health and fitness puzzle for Jenn. Once the whole picture came together, she was able to tackle obstacles that would have derailed her goals previously.

“Part of it is knowing that you have a program that works for you. So during the holidays or a special event, it’s ok to relinquish control because you have the answer waiting for you when you’re ready to get back to it. This is the first time in my adult life that I feel like I have control over what I want my body to do.”

PreviousMeet Barry: How Macrostax Gave This Driven Entrepreneur the Key to Success
NextHow Much Water Should I Drink?