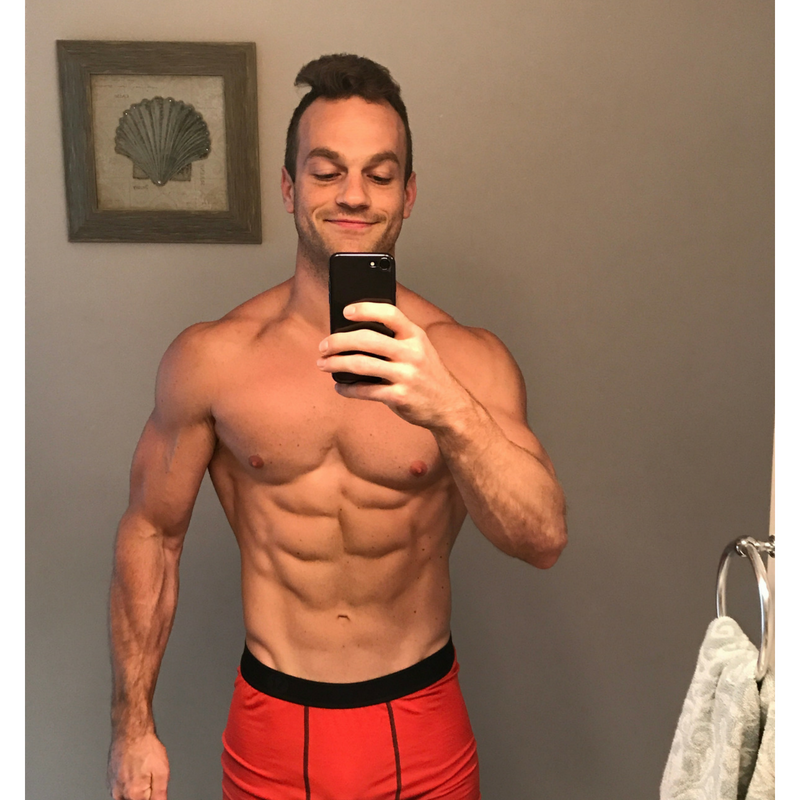 Meet Barry: How Macrostax Gave This Driven Entrepreneur the Key to Success

There are some people in this world who seem unstoppable, who the rest of us just stand around and marvel at, begging them for the secret to their success.

Barry is one of those people.

But, like most successful businessmen and businesswomen, Barry recognizes room for growth within himself and is always striving to be better.

One of those areas Barry has been trying to improve in his life for decades is his diet. Despite being an avid athlete and gym-goer, Barry wasn’t satisfied when he looked in the mirror. While he was disciplined in his workout routine and spent a minimum of two hours per day at the gym, he was far more lax about his diet.

“I needed accountability. I needed someone to tell me what to do. I didn’t want to figure it out for myself. I needed something different. And the promise of being able to eat whatever I wanted and still get lean was attractive,” says Barry.

With the help of Macrostax, Barry has been able to conquer every goal he’s ever imagined.

While Barry was finishing up his degree in Exercise Science, a family friend heard he was in need of an internship site and offered Barry a spot at his CrossFit box.

“I had already found an internship, but this guy was nice to offer. We talked about fitness and I didn’t really know much about CrossFit. I considered myself really fit. I was working out two hours per day six days per week. Then he asked me to do Fran in 2 minutes and 58 seconds,” Barry said. For those not in the CrossFit-know, Fran is three rounds of 95-pound barbell thrusters and pull-ups at 21, 15, and 9 reps. The goal is to get the fastest time.”

“It took me 11 minutes and 1 second, plus a 30 minute recovery. After that, I realized how out of shape I was and I started CrossFit. I’ve been doing CrossFit 6 days per week since February 2008, so I’m coming up on the 10 year mark.”

In 2012, Barry opened his own CrossFit box in Daytona Beach, Florida – CrossFitDieHard. (He loves Macrostax so much he hosted one of our Nutrition Challenges at his gym!)

Today, Barry is a fitness fanatic and successful business man with a beautiful family.

Yet, despite all of his success in nearly every area of his life, Barry couldn’t seem to get a grip on his diet. “I joined Macrostax because I own a CrossFit gym, work out 6 days per week, and I was fat,” says Barry. 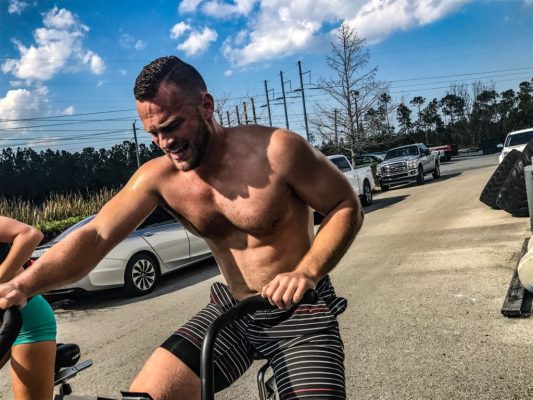 Man on a Mission

It takes a strong man to cut Fran down to 3 minutes and 30 seconds, which is what Barry did. But it takes an even stronger man to know when to ask for help.

Determined to get his eating habits and body into shape, Barry reached out to Macrostax for dietary guidance.

“The topic came up 2 years before I joined Macrostax. I ran into someone who was doing Macrostax who had always been a bigger guy like me and he had really slimmed down. He said he was doing Macrostax. I looked into it online briefly but got busy and kinda forgot about it until December 2016. Now the only thing I regret is not signing up when I first heard about it. I could have looked the way I wanted to look 2 years sooner,” says Barry.

One of the things Barry loved most about the Macrostax was that his coach helped him figure out how to add all of his favorite foods into his diet so he never feels deprived. 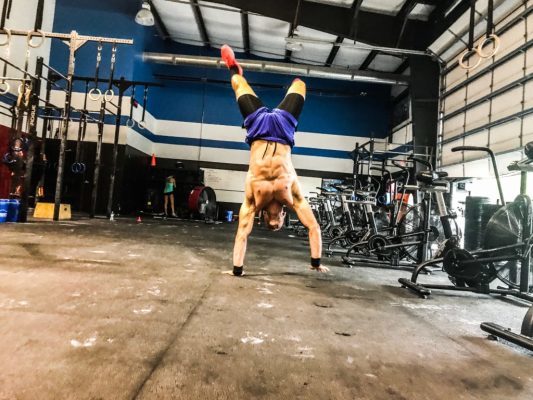 Other than being able to enjoy Cinnamon Toast Crunch and Lucky Charms every day, Barry has fallen in love with Macrostax for the accountability.

“Personally, what I need is the accountability. I’ve built my entire life around my own needs. I run my own business and have no boss to answer to. But with the Macrostax one-on-one coaching I have someone to answer to and it keeps me on track. So now I can say ‘I want to look like this’ and I can work with my coach and get there,” says Barry.

Working one-on-one with a Macrostax nutrition coach, Barry has the support and accountability he needs to make his goal a reality.

“You still have to do the same amount of work, but you have the accountability. So if I didn’t hit my macros one week, it’s because I didn’t follow the program at least 6 out of 7 days. Knowing I have to do a weekly check-in and say what I did or didn’t do versus what I promised I’d do keeps me on track.”

While seeing the changes in his body and finally liking what he saw in the mirror was a huge motivator for Barry, the desire to hold true to his word and knowing that he had a coach who would expect him to stick to the program was even more powerful.

“The last 20 years of my life has been dedicated to looking how I wanted to look. I’ve been working out since 8th grade. I wanted to look like the shredded people in the magazines. But never was I happy with where I was. Now, with the help of the one-on-one coaching, I got there. I look better than the guys on the cover of the magazines. And now that I’ve reached my goals, I still want the accountability to stay there.”

PreviousHow to get the Macrostax App Icon on your Phone
NextMeet Jenn: Leaner and Full of confidence!