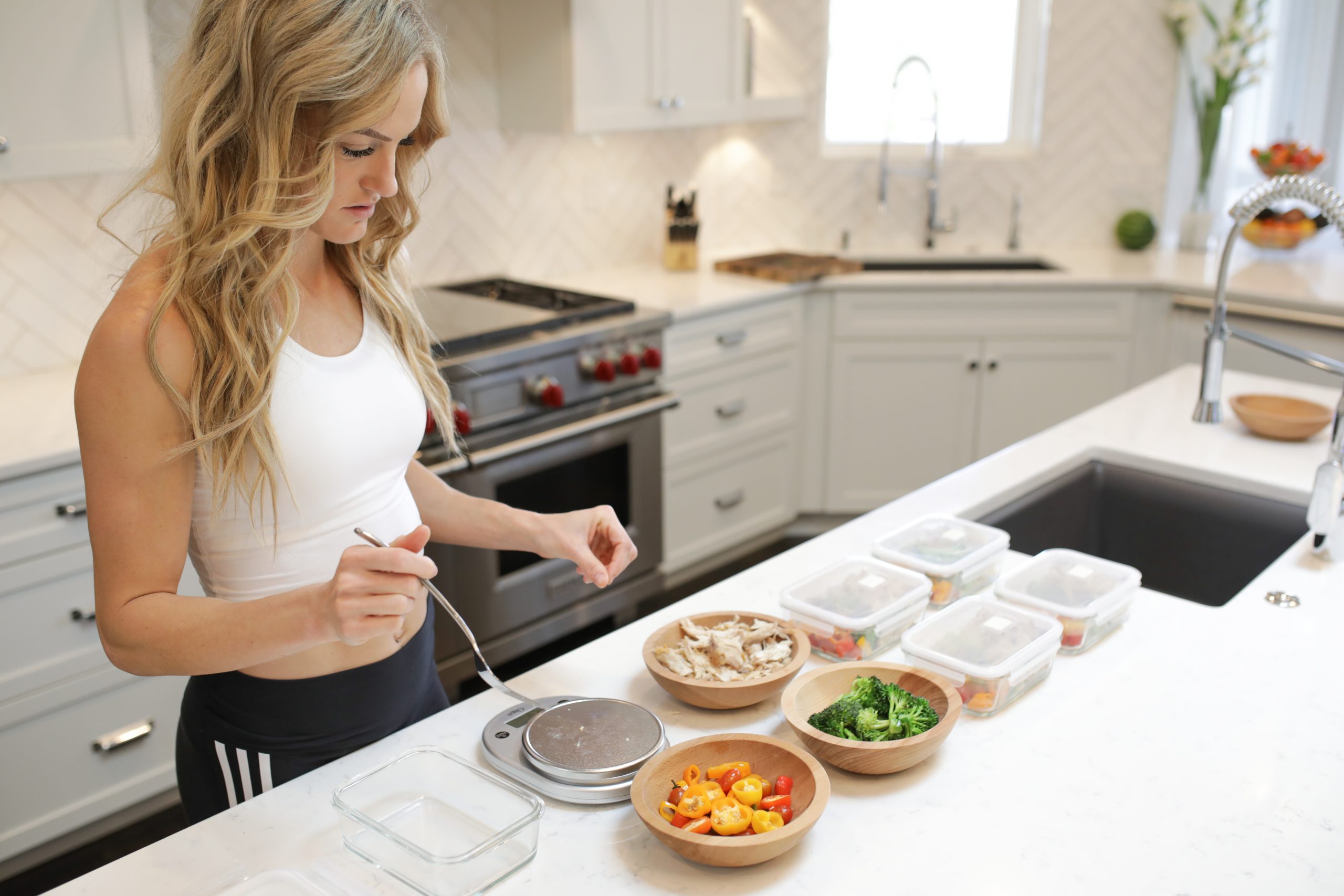 4 Unexpected (and awesome) Benefits of Macrostaxing

If you’re like most of us, you start Macrostaxing to get leaner, stronger, or faster. And, like most of us, when you follow your customized plan you will start to crush your goals. But while you’re busy PR’ing your lifts and shopping for new (smaller) pants, don’t be surprised if you start seeing some sweet benefits you would never have imagined.

1| Food stops stressing you out

For many of us, eating hasn’t always been just about the food. Maybe food felt like love, security, or stress relief. Maybe you believed certain foods were “good” while others were “bad.” You thought eating “good” foods made you virtuous while eating “bad” foods meant you were lazy and out of control.

Enter Macrostax: Choices either fit your macros or they don’t. End of story. If you really want that piece of birthday cake or slice of pizza, you can budget your macros appropriately and still enjoy it. Focusing on the numbers removes emotions from the equation.

Particularly for those of us who subscribed to the notion that restriction was the path to success, Macrostax is a total game changer. For many, the experience of dropping pounds while eating more calories is enough to make them rethink their whole relationship with food. As veteran Macrostaxer Heather Papoulis says, before Macrostax, “It was me versus food and now [we’re on] the same team.”

Jacinda Dietz has only been Macrostaxing a short time, but it was only a matter of weeks until her mindset changed so that “food looks more like fuel and less like a necessary evil.” 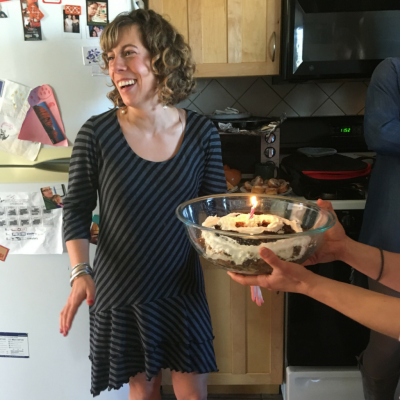 2| You actually look forward to prepping and eating nourishing food

You’re starving after a long day of work. Instead of hitting the gym and then heading home to cook a stir-fry using the healthy recipe you saved, you hit your favorite Thai place for take-out and return home with your gym clothes still folded neatly in your bag while your broccoli and peppers wilt in the crisper drawer. If this scenario sounds all too familiar, you’re not alone. We’ve all been there.

Once you start Macrostaxing you realize that 90% of your success hinges on one thing: Preparation. You’re no longer ravenous before your workout because you’ve packed a pre-workout snack that meets your personal macros. When you finish your workout, you grab the post-workout smoothie you grabbed this morning and you’re excited to cook the veggies in your fridge because you know how good you feel when you make healthy choices.

Now that you realize that food is fuel, it’s surprisingly simple to stop jonesing for “junk” food and start craving nutrient-dense, healthy foods. Kiva Kern reports that not only has she lost weight since starting Macrostax, she’s also lost her cravings for the salty, fatty foods she used to long for. Heather Papoulis had a similar experience; since she started Macrostaxing, the nutrient-rich, whole foods that power her athletic performance actually taste better to her than any of the processed food she used to enjoy. Nichole King is a Macrostaxer who enjoys being creative in the kitchen; with a diet that emphasizes fresh, healthy meals and snacks, she looks forward to her food prep sessions so much that she created the perfect playlist to make them extra fun. 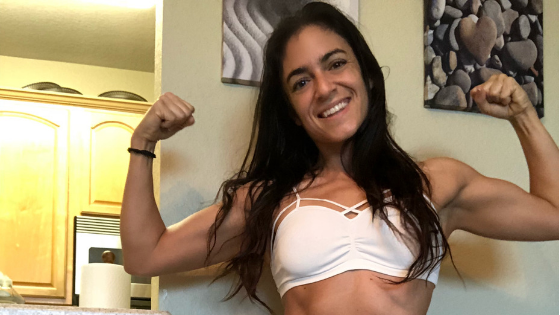 While you can expect to see performance improvements when you commit to Macrostaxing, you might be pleasantly surprised to find you have the energy level of a six-year-old on Christmas morning—both inside and outside of the gym. Even better, you won’t find yourself collapsing face-down in a pile of presents by 10 am.

You don’t have to look hard to find Macrostaxers who can attest to this. While dropping her body fat from 25% to 16%, Jenn didn’t just lose weight; she also lost her dependence on an afternoon nap to get her through the day. Caroline Koblinsky has experienced a similar phenomenon. Having lost nearly ten pounds and several inches from her waist, she’s also experiencing a higher and more consistent energy level all day long. Where she used to be groggy all morning, feel alert for a couple of hours right after lunch, and then spend most afternoons fighting the urge to nap, now she says she never crashes. For people like Nichole King, Macrostax is helpful not just personally, but professionally, too. The graphic designer is thrilled to report she feels more creative and alert at work since starting Macrostax. 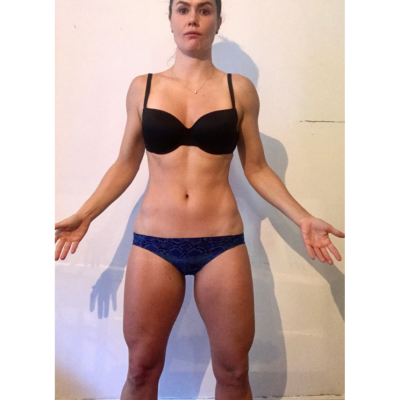 4| You become a morning person

Or maybe you don’t. But you might be surprised to find mornings don’t suck as much as they used to. Caroline Koblinsky doesn’t just credit Macrostax with obliterating the brain fog she used to battle; where she used to struggle to get out of bed in the mornings, now she looks forward to waking up each morning to eat the yummy breakfast she’s planned. Megan Vannoy also reports looking forward to breakfast in a way that she never did before using Macrostax. She happily reports that her typical breakfast of eggs and waffles is her favorite meal of the day; whereas before using Macrostax, she would never have enjoyed waffles without being plagued by guilt afterward.

If breakfast isn’t a sufficient motivator to get excited about mornings, for some of us, feeling rested is all it takes. In just the few weeks since Jacinda Dietz started Macrostaxing, she’s found she sleeps more soundly and wakes up rejuvenated versus barely awake. Meanwhile, graphic designer Nichole King reports reducing her coffee intake to just one cup a day since starting Macrostax.

Let’s face it— the surprises life throws at us are not always pleasant. Thankfully, that’s not the case with Macrostax.